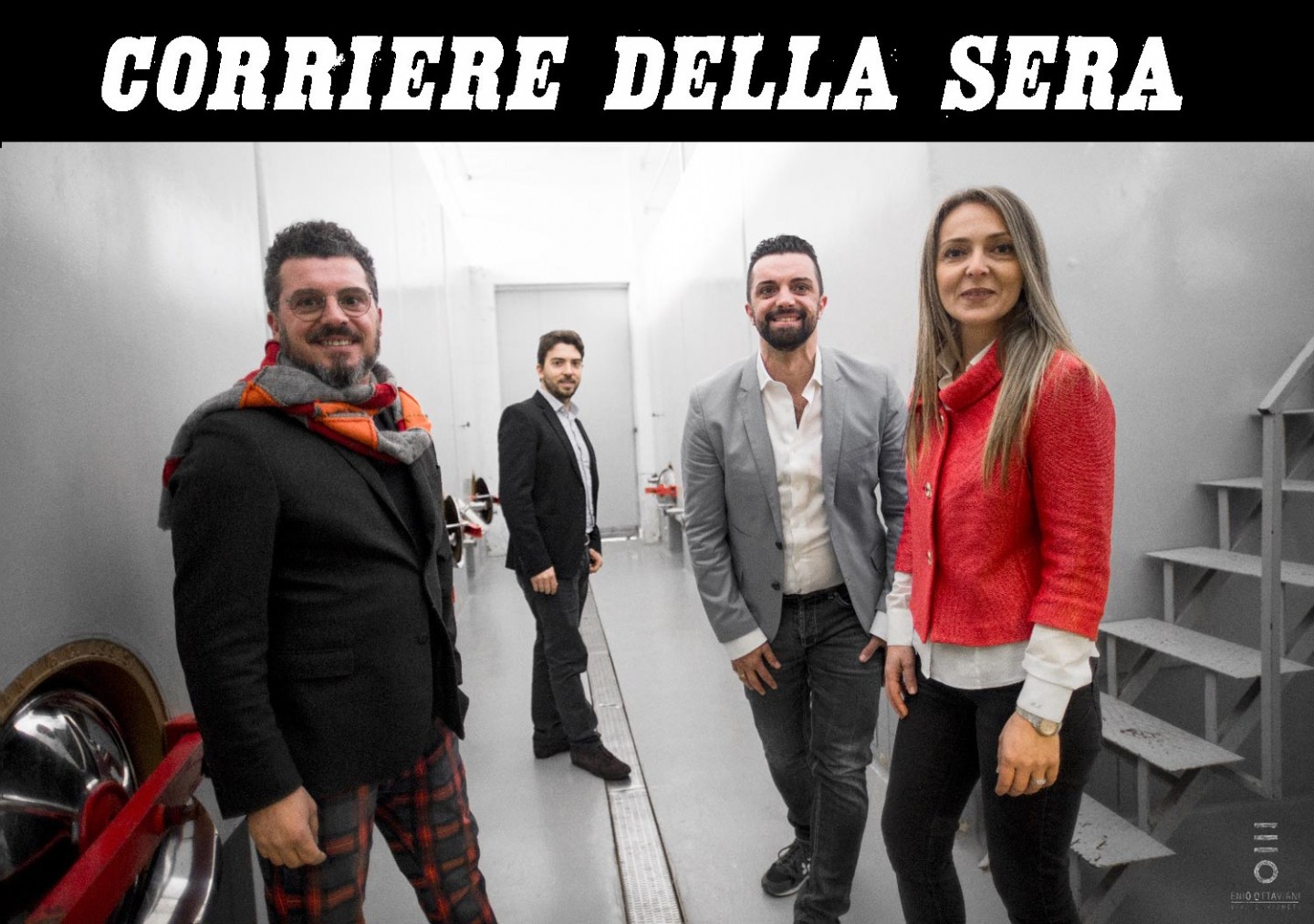 It’s wine time in the style of Occidentali’s Karma and the surprise of Romagnolo Sangiovese.

The crowd shouts a mantra, here are Occidentali’s Karma wines. Ironic and amusing, like the song by Francesco Gabbani who won the Sanremo Festival.

Wines like “easy answers, useless dilemmas”, which put all the gloomy thoughts aside.

Robert Byron, explorer of karmic places, had already figured out in the thirties, in Persia, in “Via for Oxiana” (his most famous book): “After the misadventures, three bottles of Shari’s wine, a salad of oranges and a few Wishaw cigars, put us all in a good mood again.”

Good mood is the colour of Sangiovese.

If it comes from the right hills, with aging it might be able to perform like a taste of Sanremo, with character and depth, to Fiorella Mannoia. Cooler and out of the “sacred” zone, it can be transformed into a menestrello pop, Gabbani style.

On the Internetgourmet blog, Angelo Peretti compared the songs of Mannoia to wines of seriousness and dreams and those of Gabbani to wines of cheerfulness and avidity. 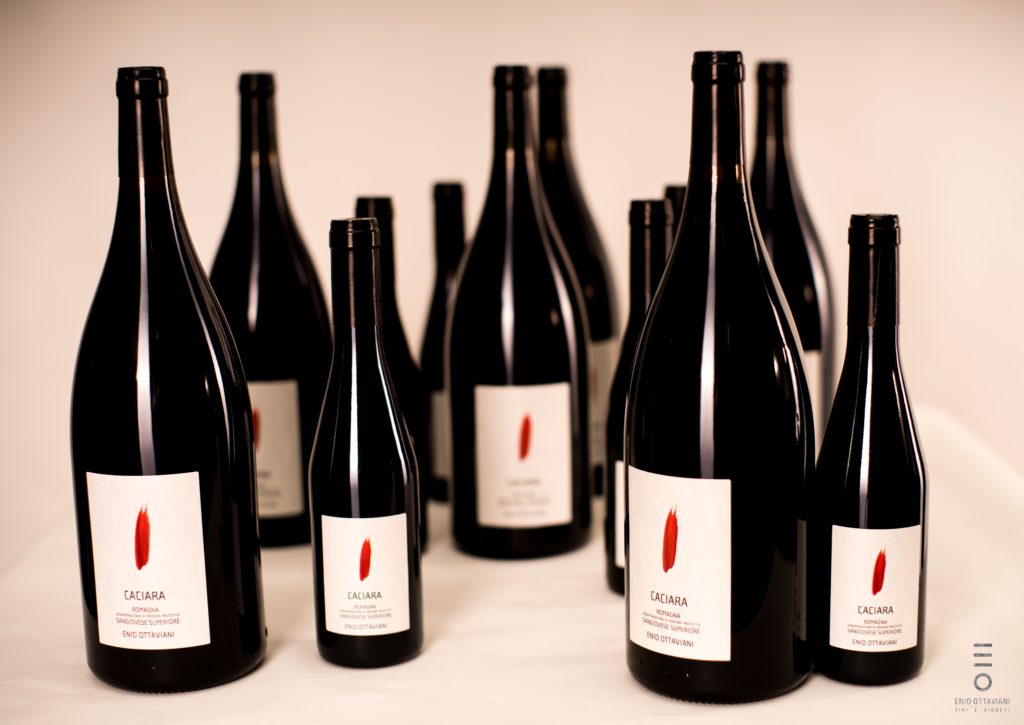 It comes from Romagna, the protagonists are Davide Lorenzi, physique and tenor of Pavarotti, and his brother Massimo, Middle Eastern eyes that seem to be outlined by kajal.

With them are their cousins Milena and Marco. Their company is called Enio Ottaviani, named after their grandfather. “We are passion”, says Davide, and tunes into “Romagna mia”. Enio used to market wine, then he bought a wine cellar in San Giovanni in Marignano (Rimini). 2007 was the beginning.

“We told each other that we would never be able to sell Romagnolo Sangiovese far from this area. Ten years later we are producing 240 thousand bottles and selling them in 35 countries, even to Kenya”

In the cellars, cement triumphs for the wine-making, 47 tanks. “The sterilized steel, like the sound of an instrument in rewind, the cement is a live concert”, declaims Massimo.

Caciara is seriously a live wine.

The 2015 version has the perfume of pomegranate and passion fruit, of summer, the temperature of a cellar, it evocates a Fellinian beach.

The 2016 vintage, which will be ready in April for Vinitaly, has a shade of violet, a burst of cherries, a dive into the breezy Adriatic Sea.

“All credit is due to the earth, which is similar to the Mosella River, sand, clay, blue and grey marl underneath, in the oasis of the river Conca.”.

Sung by Gabbani a thousand miles away from here.

The “Lorenzi” brothers are Romagnoli according to stereotype, waltz, sea and sympathy:

“ For us, Caciara is a dinner in the country, laughter and music, it’s a kind of happy confusion”, explains Davide, throwing a huge wooden dice, one with the name of Enio Ottaviani wine instead of numbers, the other with suitable dishes (the winning combination is Caciara and meat and fish on the barbeque, cold-meats and fish).

“The fishermen of our sea drink Sangiovese at sunrise, on their way back into the harbour, with a fish broth”.

The playful sprit of Ottaviani wines come from our grandmother Delia.

“She was a singer, she performed at the Tre Piccioni in Cattolica in the summer, we used to go and watch her put her make-up on every Saturday, before going on stage.

In the winter, she travelled around Europe.

A client brought us a film of her performance in Munich from 1955: this belongs to you, he told us”.